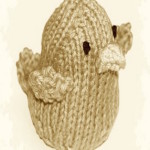 Pumpkin soup is definitely something we need to watch out for!  Remember, you’ve been warned….

A newsletter, which I receive reasonably regularly, previewed its feature articles in the email header, and was considerate enough to put women, in particular, on the alert.

I was wondering what could possibly make women so susceptible to one of my winter favourites. Sad, really – I’d always thought of pumpkin soup as such a comforting food. Then the situation escalated. The newsletter update featured this header:

Oh no! Pumpkin Soup is also under investigation by Centrelink! There should be a label warning:

‘This soup is liable to cause women to suffer AND could affect your Centrelink benefit’.

Another unfortunate example, that’s what.

‘…the world mourns for Manchester and Mexican Refried Beans’

Of course, most of us know what the real problem is.

It’s the missing Oxford Comma – the one that goes before the word ‘and’.

Most people separate items in a list by using commas. The dilemma arises when the final item has ‘and’ before it. Do we use that Oxford comma or not?

Think about this example:

The German flag is black, red and gold

In this sentence, there is no real need for the extra comma – for two reasons. First, it is a list of similar items – in this case, simple adjectives (colours). Second, the word ‘and’ does the job of separating the second and third adjectives, without any ambiguity. The meaning is perfectly clear.

What about this sentence?

Her interests are reading, baking cakes and men.

Perhaps some people think that baking men might improve them – make them more tender, maybe – but ouch! Better to put a comma in:

Her interests are reading, baking cakes, and men.

In this case, there was a problem because the list items were not similar. The word ‘baking’ has a noun object (‘cakes’) and so leaving out the comma results in a piece of nonsense, making it look as though ‘baking’ has two noun objects (‘cakes’ and ‘men’).

Sometimes writers choose to use semi-colons as separators, especially when the listed items are wordy, or contain verbs:

Her interests are: reading; going to the cinema; baking cakes; shooting clay pigeons; and men.

Failing to use the final semi-colon here would result in another piece of nonsense. Wouldn’t it ?